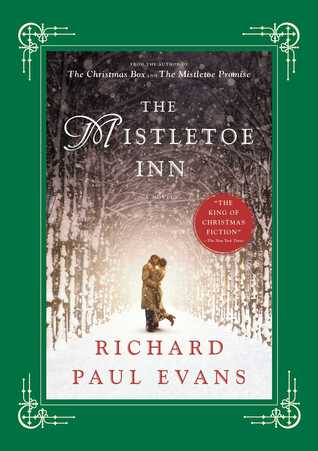 Was this a good read? Mm… it was okay. Not wholly awful, but not all that good either. I don’t often say this, but I liked the movie better and the movie wasn’t even all that great, in my opinion. I actually decided to read this book because I had seen the movie and thought the book would probably be better. Well… there was more to it, for sure. And there are some differences in the main couple’s relationship, not to mention the storyline in general, though that is to be expected and can even be a good thing. But I don’t think the book is as good as the movie, much less better than it.
The book is rather darker and sadder than the Hallmark movie. There is depression, suicide, cheating, professor/student relationships, divorce, cancer….. Yeah. Sadness and heartache. But the strange thing is that, while I would expect all that to evoke an emotional response… it really didn’t. None of it felt all that real to me. The telling felt bland and flat to the point that it didn’t make me care about these characters and what had happened/was happening to them. I don’t enjoy reading books that are sad and make me cry, but if it’s going to be sad? Make me feel it– make me cry!
Now, that’s not to say there isn’t anything lighthearted and happy in the story. There is, I promise. Kim and Zeke have their romance and their happily ever after (come on, that’s not a spoiler!) and there are funny moments with Kim’s new friend at the Inn. Some other secondary characters even get happy endings. There are special moments and sweet moments. There just wasn’t enough to outweigh the negatives for me. Things like being told every single thing they ordered every time they had a meal. Why? It reminded me of kids adding in as many needless words as possible to a school report so they could reach their word count requirement faster. I don’t need to know this. It doesn’t help or enhance the story at all. Maybe that’s just me, but I found myself rolling my eyes every time they headed to dinner because I knew what was coming.
Also there were some things in the story that just didn’t make any sense to me at all. I wouldn’t normally include stuff like this, but it just got to me so I’ll share a couple of examples.
1) At one point, Kim puts her wedding ring back on to deter unwanted attention from a certain jerk. But… she’s divorced and has been separated from her husband for a while, if I remember correctly, so why did she even have her wedding ring with her? I mean, even if she still had it at home, why would she have brought it to the writers retreat?
2) Toward the end of the book, there was a conversation where someone was misinformed about a situation (I’m going to try really hard to not give anything away here). Kim was trying to set them straight, but they didn’t believe her because they doubted the person concerned would tell Kim about the situation in question. Instead of simply explaining that she was present when the person told the whole story to a roomful of people, she tries to convince them that she really did know the person and they told her the story personally. Yes, she did tell the truth, but it was unnecessary and over-complicated things. And I suppose it could be played off as an emotional reaction, but it just made it seem really forced and kind of ridiculous because it was a pointless conversation.
I’m sorry… I feel like maybe I’m being overly critical here. It’s just that, the more I think about it, the less I like this book and the more I want to give it only 1 star, even though I started out giving it 2. Because the characters weren’t very likable either and the writing in general really wasn’t all that great. But then there was some good stuff thrown in there about love and relationships…

“Romance novels are all about desire and happily-ever-after, but happily-ever-after doesn’t come from desire—at least not the kind portrayed in pulp romances. Real love is not to desire a person but to desire their happiness—sometimes even at the expense of our own happiness. Real love is to expand our own capacity for tolerance and caring, to actively seek another’s well-being. All else is simply a charade of self-interest.”

“They say love is blind, but it’s not. Infatuation is blind. Emotional neediness is blind. Love sees the fault, it just sees beyond it as well.”

Content Advisory:
There are a couple of mild cuss words used and a couple remarks regarding kissing and being naked that might be considered somewhat inappropriate by someone looking for a very clean read. I would consider it inappropriate for a Christian book, but I don’t think this book is classified that way, is it..?